The LEPH Oration is a hallmark of the LEPH conference series to inspire and unite global communities to work together to improve public safety, enhance community wellbeing, and safeguard the publics health. 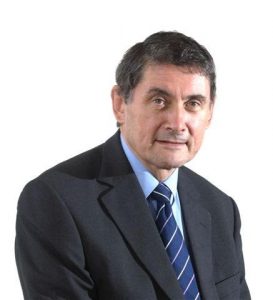 Sir Harry Burns graduated in medicine in 1974 from Glasgow University. In 1984, he was appointed Consultant Surgeon in the University Department of Surgery, Royal Infirmary, Glasgow. Many of his patients lived in the east end of Glasgow and it was this insight to the complex inter-relationships between social and economic status, illness and recovery that began his lifelong focus: to reduce health inequalities. In 1990, following completion of an MSc Public Health, he was appointed Medical Director of the Royal Infirmary.

In 1994, he was appointed Director of Public Health for Greater Glasgow Health Board and in 2005 he became Chief Medical Officer for Scotland.  He was Knighted by Queen Elizabeth in 2011 and in 2014, the First Minister of Scotland, Nicola Sturgeon, presented him with a lifetime achievement award from the Scottish Government in recognition of his service to the public.

In April 2014 he became Professor of Global Public Health at Strathclyde University. In addition to research publications and supervision of doctoral students, Sir Harry leads on a number of major, multi-agency projects and is Chair of the University’s Centre for Health Policy.  He is a regular invited keynote speaker to local, national and international events and to academic programmes.  Among many appointments, he is a member of the Scottish Government’s Council of Economic Advisors; a member of Diabetes UK Board; Chair of the Wheatley Foundation; a member of Johnson & Johnson’s Impact Investment Advisory Committee and a member of the Health Foundation’s Sciana Programme for International Health Leaders.

In November 2017, the Scottish Government published Sir Harry’s report on an independent review of targets and indicators in Scotland’s NHS.

The annual LEPH Oration is the preeminent keynote address in the conference program. It addresses overarching themes and is delivered by a distinguished person from one of the seminal fields related to law enforcement and public health. Past Orators have been:

Today at Leph2021, FJP’s Miriam Krinsky and Institute for Innovation in Prosecution at John Jay College Director Michael Kahn facilitated a discussion with Brooklyn DA Eric Gonzalez (Kings County District Attorney’s Office), JustLeadershipUSA President DeAnna Hoskins, Northwestern University Professor Andrew Papachristos, and Open Society Foundations Program Officer Aram Barra on innovative public health models to address and prevent violence. The panel explored why our criminal legal system’s default punitive response is an inadequate response to the drivers of violence, new models from the US and Latin America that use a public health framework in violence prevention, and how we can center communities – and particularly communities of color and other communities most impacted by these failed approaches – in our efforts to bring about change. … See MoreSee Less

The following leaders from policing will be giving short presentations on the issues facing police and first responders, and how police leadership is working to address these pressures:

The three presenters in this session will be discussing themes of law enforcement and well-being.

Paul Jennings will be briefing the conference on the SIM model of care that combines medical leadership from a mental health clinician and behavioral leadership from a police officer coproducing crisis care plans. He will update the conference on on the progress made, the core lessons learnt and the operational and clinical challenges still ahead.

Charlotte Gill will discuss how in rural communities, police departments are often the first and only resource available for people experiencing mental health issues. She will present results from a randomized controlled trial to test the efficacy of a police-mental health provider co-responder model for addressing mental health-related calls for service.

Clair White will discuss mental health calls, specifically using qualitative coding and content analysis of call data to better understand the nature of these calls and examine the characteristics with the calls. She will also be examining whether the characteristics of the calls were contextualized by crime levels and the environment of the street. … See MoreSee Less

Mental health in focus at LEPH2021

Mental health in focus at LEPH2021 Mental health is everyone’s business: it affects us all. Among the sessions curated below are speakers with lived experience of ill mental health and researchers p…